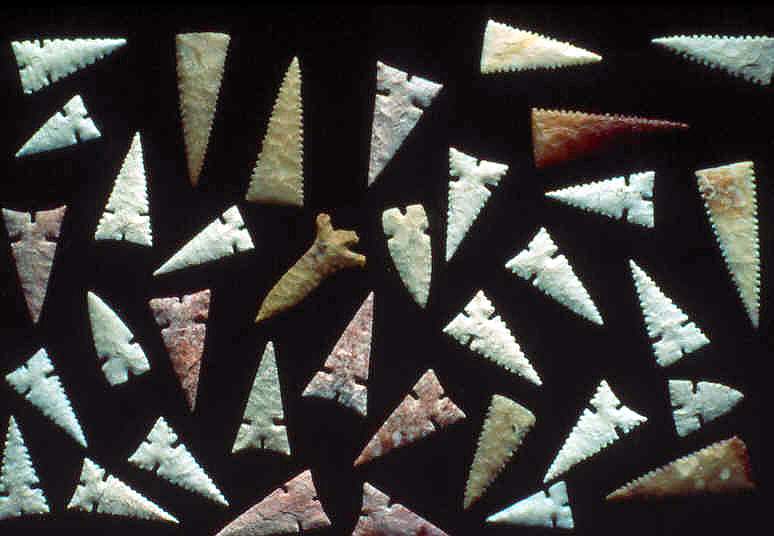 The people buried in one of America’s most famously ornate prehistoric graves are not who we thought they were, researchers say.

A new study of 900-year-old human remains originally unearthed in Illinois almost 50 years ago reveals that their burial has been fundamentally misunderstood — from the number of people actually buried there, to the sexes of those interred.

The dead were elites in the ancient city of Cahokia, a cultural hub of the Midwest that, at its peak around the year 1100, was home to as many as 10,000 people.

[Read about a recent discovery in the heart of the city: “Ceremonial ‘Axis’ Road Discovered in Heart of Ancient City of Cahokia“]

And the new discoveries made at their burial site — part of a mass grave known as Mound 72 — could have anthropologists re-thinking the politics, culture, and cosmology of one of America’s most influential prehistoric cultures.

“Mound 72 burials are some of the most significant burials ever excavated in North America from this time period,” said Dr. Thomas Emerson, director of the Illinois State Archaeological Survey (ISAS), in a statement to the press.

When Mound 72 was first excavated in 1967, researchers uncovered more than 270 people buried there in a series of mass graves.  Many of them were victims of human sacrifice.

But the mound’s centerpiece was a scene that that archaeologists described as a resplendent grave of six elite men.

Four of the skeletons were arranged in a sort of three-sided frame. One was just a bundle of bones; two others were laid flat; the other was face-down, with one of its legs bent up to his chest.

The men were buried with ceramics, gaming stones, copper-covered shafts, jewelry, and artifacts that have been traced from as far away as Oklahoma and Tennessee.

In the center of these remains were two more bodies, one stacked on top of the other, and blanketed with more than 20,000 beads made from marine shells. The coating of beads appeared to be arranged into a tapered shape, resembling the head of a bird.

In this tableau, many anthropologists at the time, including the mound’s excavator, Dr. Melvin Fowler, saw obvious references to the belief systems of modern Native American groups, from the Sioux to the Osage.

Specifically, they theorized that the so-called Beaded Burial was an homage to the myth of the Birdman, a legendary falcon-warrior hero whose beaked face has appeared on artifacts from Cahokia to Georgia.

In some traditions, Birdman is interpreted as a version of Red Horn, another heroic figure whose twin sons fought off a race of giants.

Thus, these anthropologists said, the two men buried under the bird-shaped blanket of beads must have been warrior-kings, patriarchs who were living proxies of the Birdman/Red Horn legend.

“One of the things that promoted the concept of the male warrior mythology was the bird image,” Emerson said, referring to the supposed arrangement of the beads.
In keeping with this idea, the four other men in the grave were suggested to be the warriors’ henchmen, or possibly stand-ins for other, supporting players in the Birdman/Red Horn story.

Regardless, the implications were clear: Cahokia was ruled by male warriors.

“Fowler’s and others’ interpretation of these mounds became the model that everybody across the east was looking at, in terms of understanding status and gender roles and symbolism among Native American groups in this time,” Emerson said.

But, having recognized inconsistencies in the records of Fowler’s half-century-old excavation, Emerson and four of his colleagues undertook a new investigation of the bones from the Beaded Burial.

And they found that many of the men buried there weren’t men.

“We had been checking to make sure that the individuals we were looking at matched how they had been described,” said Dr. Kristin Hedman, a physical anthropologist with ISAS, also in the press statement.

“And in re-examining the beaded burial, we discovered that the central burial included females. This was unexpected.”

Working independently, physical anthropologists analyzed all of the skeletal remains from the Beaded Burial, with a focus on sex-related traits in the pelvis, thigh, and cranium.

Each of the researchers determined that the two people at the center of the Beaded Burial consisted not of two men, but of a man and a woman.
Likewise, the bundle of unarticulated bones were those of both a male and female, and the team even discovered remains that had never been reported before, those a child between the ages of 3 and 6, alongside another female.

All told, the researchers accounted for the remains of 12 people, not six, and at least four of them were female.

This discovery calls into question the idea that Cahokia was a warrior-led patriarchy, Emerson said.

“The fact that these high-status burials included women changes the meaning of the beaded burial feature,” he said.

“Now, we realize, we don’t have a system in which males are these dominant figures and females are playing bit parts. “And so, what we have at Cahokia is very much a nobility. It’s not a male nobility. It’s males and females, and their relationships are very important.”

The earlier misinterpretation of the burial is an example of an “upstream approach” to anthropology, Emerson said, in which observers try to reconstruct ancient societies based on what they see in more recent ones.

In this case, he said, the prevalence of falcon-warrior symbolism in historic Native American groups, especially in the South, led archaeologists to see those symbols in Mound 72.

Indeed, while Fowler and his colleagues thought the arrangement of beads looked like a bird’s head, Emerson’s team notes, “the intentionality of this image is questionable.”

“People who saw the warrior symbolism in the beaded burial were actually looking at societies hundreds of years later in the southeast, where warrior symbolism dominated, and projecting it back to Cahokia and saying: ‘Well, that’s what this must be,’” Emerson said.

In fact, the team says the new evidence supports a completely different interpretation of the Beaded Burial, and the worldview that it symbolized.

Rather than being based on male-dominated warfare, they suggest that the key motifs of the burial, and Cahokian cosmology, may have to do with agriculture.

Much of the imagery found in figurines and pottery from this period, Emerson noted, is of females, and the images relate not to war but to fertility.

“For me, having dug temples at Cahokia and analyzed a lot of that material, the symbolism is all about life renewal, fertility, agriculture,” he said.

“Most of the stone figurines found there are female,” he added.

“The symbols showing up on the pots have to do with water and the underworld.

“And so now Mound 72 fits into a more consistent story with what we know about the rest of the symbolism and religion at Cahokia.”

The findings of Emerson’s team are likely to spur debate and re-investigation among scientists who study America’s largest prehistoric city.

But the team points out that its findings don’t suggest that the ancient city was not a hierarchy. What they show is that Cahokia’s hierarchy was not dominated by men.

Emerson and his colleagues report their findings in the journal American Antiquity.